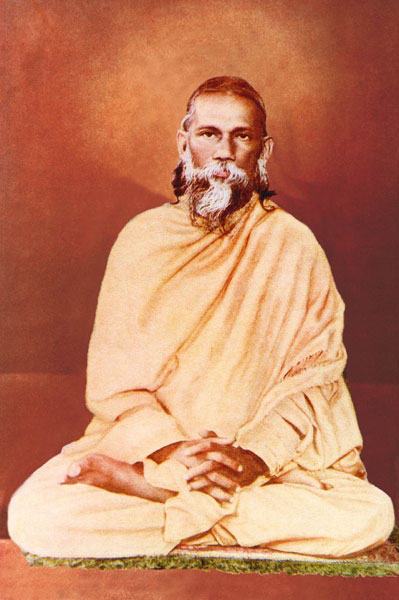 Manmohan (Swami Satyananda) was born to Mohini Mohan Majumdar and Tarabasini Devi on the 17th of November, 1896, in his maternal uncle's house in Bikrampur (Bangladesh). He was a philosopher, singer, composer, poet, social worker, and above all, a gifted disciple and truly divine master in the lineage of Kriya Yoga. A hint of his impeccable love for humanity, without distinction of class, caste, or religion, was evident at the young age of six or seven when he flouted the entrenched tradition of untouchability on a social occasion in the presence of his relatives and friends. By the age of ten, his quest for liberation was extremely deep-rooted, making strong his burning quest for the independence of India as well as for the ultimate liberation of mankind from the fetters of worldly sufferings, bondage, and body consciousness.

Swami Satyananda's first encounter with his childhood friend and guide, Mukunda (Paramahamsa Yogananda), took place at the entrance to the Dumb and Deaf School in Kolkata when he sought to borrow a pump to inflate a football for his team. The intimacy between them grew intensely as they both sped quickly toward realizing Truth. Promising to maintain celibacy throughout their lives, they spent their time meditating in seclusion in a variety of holy places and temples. Even at night these two young men remained utterly devoted, unlike the others who spent their time in wild revelry and merrymaking.

Manmohan visited holy places, spiritual people, and saints with Mukunda. Hamsa Swami Kevalananda, the great Sanskrit tutor of Mukunda, who taught him the basics of Kriya Yoga, laid the foundation for his spiritual life. The spartan, simple, austere lifestyle and the profound spiritual experience of Kevalanandaji had a great impact on Manmohan's life. His long cherished dream was fulfilled during his college years when he met his guru of destiny, Swami Shriyukteshwar, and was initiated into Kriya Yoga. His guru's deep insight, profound metaphorical interpretation of the scriptures, fathomless divine experience in Kriya Yoga, and knowledge of astronomy and astrology played a major role in making him a dedicated and ardent disciple. Four years after Mukunda became a sannyasi known as Swami Yogananda, Manmohan graduated from the university with a B.A. (Honors) in Philosophy. In 1919, under the direction of his guru, he was initiated into the monastic order and became known as Swami Satyananda Giri.

Inspired and guided by Paramahamsa Yogananda, Swami Satyananda's spiritual life reached its crescendo when he became a monk. He spent most of his time and energy meditating and organizing the residential ashram school founded by Paramahamsa Yogananda in Ranchi, along with his schoolmate turned sannyasi, Swami Dhirananda. Swami Satyananda's illustrious character, honesty, and purity, his exemplary lifestyle, selfless love, and care for his disciples and students, inspired Mahatma Gandhi to visit Ranchi Ashram, after which he praised the ashram and invited Swami Satyananda to visit his own Sabarmati ashram.

When he visited Mahatma Gandhi's ashram, he was accorded a grand reception and hearty welcome and was requested to stay in the ashram for several days. Swami Satyananda laid the foundation for Mahatma Gandhi and his disciples' initiation into Kriya Yoga by Paramahamsa Yogananda, who returned to India in 1935. His love for mother India and his eagerness to dedicate his life to the liberation of the people of India was manifest when he sadly declined the offer of his bosom friend and guide Paramahamsa Yogananda to come to America to help in his divine mission.

Following the call of his dear Gurudev Swami Shriyukteshwar, he went to Puri Karar Ashram to lead his life under the spiritual guidance of his Gurudev. Later he was installed as the ashram swami. After his Gurudev's mahasamadhi on March 9, 1936, and a few months after Paramahamsa Yogananda's return to America, Swami Satyananda intiated Rabinaryan Brahmachari (Parmahamsa Hariharananda) into higher kriyas. Leaving the work and management of Puri Ashram to Rabinaryan Brahmachari, he accepted the life of a wandering monk, preaching and teaching Kriya Yoga all over India. His encounter in South India with Ramana Maharshi, a luminous saint renowned for his deep spiritual experience, turned into a unique, intense love. Ramana Maharshi was impressed by Satyanandaji’s captivating personality, and he pressed Satyananda to settle down permanently in his ashram.

Tragedy truck in 1944 when the terrible famine in Bengal turned Satyanandaji’s melting heart toward the starving and famished poor. His motto was, “service with love and meditation for all.” As a token of his love for the downtrodden and underserved society, he established the Sevayatan Satsang Mission in Jhadagram, an underdeveloped region in the Mednipur district of West Bengal, where he spent the later part of his life from 1944 to 1971 transforming the lives of millions of people. After Paramahamsa Yogananda'smahasamadhi in 1952 and until the end of his life, he remained the president of Puri Karar Ashram. With a life enriched with spiritual experience, dedicated to the cause of humanity, and espousing the message of Kriya Yoga, he ultimately left his mortal body on the second of August, 1971, in his Sevayatan Satsang Mission.