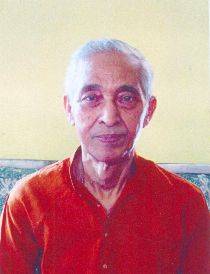 Yogacharya Samir Chakravarty was initiated into Kriya Yoga in May, 1968, at the Karar Ashram in Puri. He lives as a householder in Kolkata, India, with his wife, Lily, and he has a daughter, Nandini Bhowmam. He earned an M.A. in Social Work, a degree in Training and Development, and he currently works as a sales tax consultant. He began serving the Kriya mission as a yogacharya in 1982 and now initiates, teaches, and translates guru’s books, and hosts Kriya seminars. He feels we would benefit from getting together more frequently so we could learn from each other.