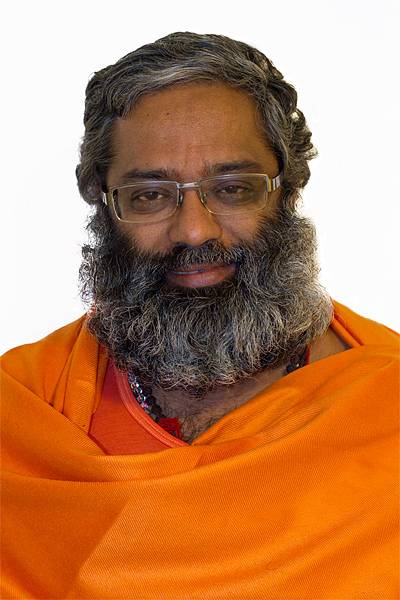 Before taking his monastic vows, Swami Achalananda was known as P. Shrihari Aiyer. He was born in 1966 in Koduvayoor, a village in the State of Kerala (South India). After obtaining his degree in mechanical engineering, he worked for thirteen years in the petroleum refinery industry in India and Kuwait. He then returned to India and received, in 2000, initiation into Kriya Yoga from his beloved Master Paramahamsa Prajnanananda. P. Shrihari Aiyer then went on to complete a master’s degree in computer science in the USA.

In 2004, he met again his Master Paramahamsa Prajnanananda at a Kriya Yoga retreat in Colorado Springs (USA) and followed him shortly afterwards to India, to participate at the second Residential Brahmachari Course at Prajnana Mission. After the course, he decided to renounce the material world and retired to the Hariharananda Gurukulam in Balighai (Puri), India.

At present, Swami Achalananda resides at the Jagatpur Ashram in India, where he serves as Secretary and Administrator for Prajnana Mission.

Occasionally he travels to participate at events all over the world in order to spread the holy science of Kriya Yoga and the teachings of his Masters.