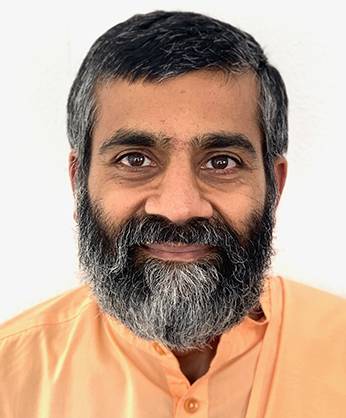 Swami Purnatmananda Giri is a monk in the lineage of Kriya Yoga masters Paramahamsa Hariharananda and Paramahamsa Prajnanananda. Born in India and trained as an industrial engineer, he came to the US and pursued higher education and then worked for over a decade. He was initiated into the sacred path of Kriya Yoga in 1992 and joined the ashram in 2005 to serve his Guru and humanity at large. Ordained as a monk in the Giri order of monasticism, his name, Swami Purnatmananda Giri, means 'bliss of complete soul consciousness.' He currently resides in the Kriya Dhyana Mandir (Temple of Meditation), Monroe, WA.