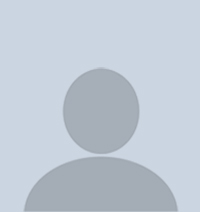 A dynamic and advanced disciple of Gurudev Paramahamsa Hariharanandaji, Swami Shuddhananda Giri was formerly an engineer in his worldly life. From the days of his childhood, he cherished an intense desire for spiritual knowledge; thus it was not unusual to find him meditating or studying the various scriptures of the world. When he was yet a young man in his early twenties, his fervent desire for Truth led him to the holy feet of his Master, who initiated him into the monastic order in 1995, the same day our beloved Guruji Paramahamsa Prajnananandaji was christened as a monk in Kolkata by Shri Gurudev. After taking his vows, he then went to Yuktashram, Bhisindipur, to do intense sadhana and meditate, as directed by beloved Gurudev.

Swami Shuddhanandaji is a highly regarded world teacher of Kriya Yoga and practical spiritual wisdom. He has traveled extensively around the world, visiting such countries as the United States, United Kingdom, Africa, Australia, Brazil, Canada, as well as many countries throughout Europe, conducting Kriya Yoga programs and delivering discourses on various scriptures and philosophy. During his travels abroad he has also visited many universities, enlightening students about the value of yogic philosophy and meditation.

Swamiji served as Secretary of Prajnana Mission from 1999 until 2006, as Vice President from 2006 to 2008, and as President from 2008 to 2014. Along with his multifold and diverse responsibilities, Swamiji graciously finds time to organize Kriya Yoga retreats in the Himalayas for kriyavans.