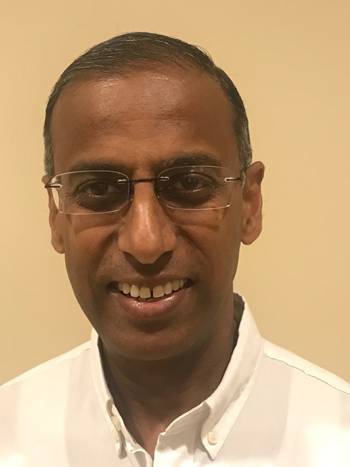 Paramahamsaji instructed Amit to guide meditations in the year 2014 and to teach Kriya Yoga in 2018.

Amit graduated in Electronics in 1984 from Indian Institute of Technology, Kharagpur, India. He completed his masters in Computer Engineering from the same university in 1985. Amit received the President of India Gold Medal from the institute in 1984, the Alumni Association Gold Medal in 1985, and the Distinguished Alumnus award in 2010.

Amit worked in Microsoft Corporation for 30 years, spending equal time in Redmond (USA) and Hyderabad (India). He held many important positions in the company including the role of Managing Director for their India Development Center in Hyderabad. Amit decided to leave Microsoft in January 2019 so that he could serve his Gurudev in whatever capacity Gurudev or Guruji asks him to do.