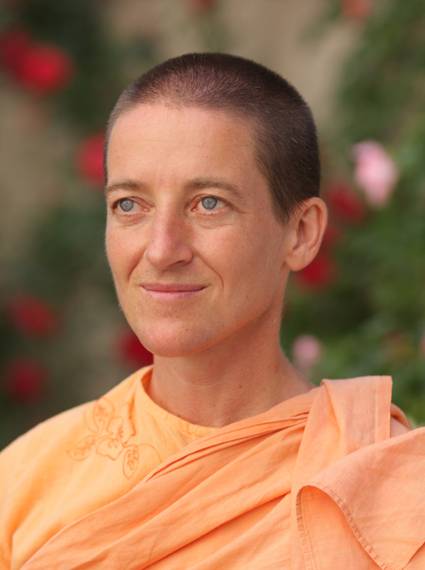 After studying philosophy for some years Swamiji began studying medicine in Germany at Tubingen University. However, she chose to continue her medical degree at the University of Vienna, enabling her to complete her studies while simultaneously serving and living with her master. She received her MD in July, 2000.

Shortly after the completion of her studies, in September, 2000, she was ordained as a monk in the Giri monastic order and given the name Swami Mangalananda, which means bliss of auspiciousness. Swami Mangalananda is the first female monk in the lineage of Paramahamsa Hariharananda. She conducts Kriya Yoga programs in the Tattendorf ashram in Austria and throughout Europe.